1.The condition of ‘pregnancy of unknown location’ 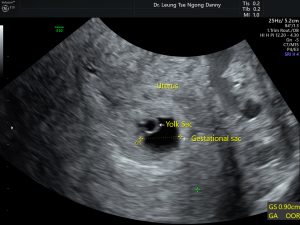 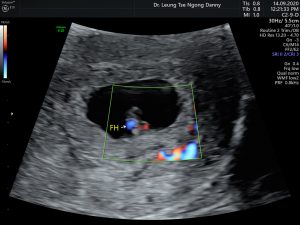 2. What can be the underlying causes for PUL?
There are 3 main causes:

There is a mistake in the calculation of the maturity. It is most commonly due to late ovulation, resulting in delayed fertilization. Hence, the pregnancy at 5 weeks after the last menstrual period does not equate 3 weeks but only 1-2 weeks after conception. At such an early state of pregnancy, the gestational sac cannot be seen yet.

In case of early pregnancy failure, the gestational sac may have failed to form or may have been expelled from the uterus. It may be accompanied by a return of period.

In case the pregnancy is located in the fallopian tube or the ovary, the gestational sac will not be seen inside the uterine cavity. At an early gestation, a small tubal or ovarian pregnancy cannot be easily picked up on ultrasound.

3. Steps in finding the underlying diagnosis

5. Follow-up
Follow-up is essential until the underlying diagnosis is identified and properly managed.

This article is contributed by Dr. T.N. Danny Leung